During the past 15 years or so, the popularity of wild turkey hunting has soared to new heights.  More and more people have decided to give it a try, and discover that to try it is to like it.

The National Shooting Sports Foundation reports turkey hunting grew 16 percent between 2005 and 2010.  That makes it the fastest growing hunting sport, ahead of deer and elk hunting, both of which each increased by 6 percent.  Nationally, turkeys are the fourth most hunted species, trailing deer, squirrels and rabbits, the foundation says.

Once you try turkey hunting, it's easy to see why.

Some hunters describe spring turkey hunting as a cross between hunting deer from a stand and hunting waterfowl over decoys.  It's hard to explain the attraction to anyone who hasn't heard a spring tom gobble, heard the whoosh of wings as the big birds fly down from the roost before dawn, or seen a old tom strut in his mating dance.

Hunters use a variety of calls to imitate a hen turkey to lure a tom (adult male) to where they are sitting, usually fully camouflaged against a large tree with a loaded shotgun at hand.  Some hunters use a hen decoy to help convince the tom everything is on the up and up.  In nature, it's actually the gobbler that calls the hens, so it's a real challenge to try to reverse the natural scheme of things.  Modern manufacturers are doing their part to help, turning out a vast selection of calls that do everything except grab the gobbler by the neck and drag him into shotgun range.

Most hunters use a 12-gauge shotgun with No. 4 or No. 6 shot, but the real addicts sometimes equip themselves with a potent 10 gauge. The 10 gauge will extend a hunters range a bit, but they are extremely heavy and not much more efficient than the 12 gauge.

It's too late for spring food plots for turkey in most parts of the country.  However, it's not too late to think about making turkey food plots part of your land management program.  The National Wild Turkey Federation recommends chicory, soybean, alfalfa, clover, and the turkey's all time favorite, chufa.  Plot preparation using the GroundHog MAX makes job quick and easy.  Just like whitetails, turkey's want water, cover and food.

Join the addicted.  Give turkey hunting a try. 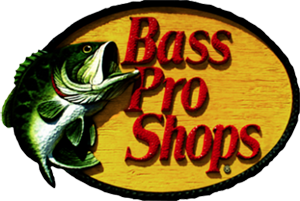